Can I Sue For a Bicycle Accident in Atlanta? 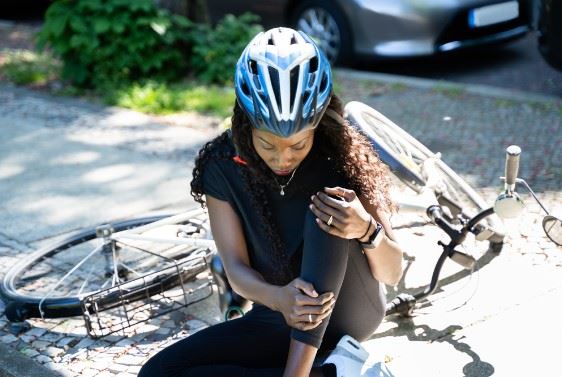 While bicyclists have become more and more prevalent part of our roadways and traffic flow, these travelers are still at a significant safety disadvantage if a collision occurs. Due to a lack of significant bicycle safety features and the exposed nature of a bicycle rider, these accidents can result in significant and life-altering injuries. According to bicycle accident statistics put out by the Insurance Institute for Highway Safety (IIHS), over 850 cyclists were killed in crashes with motor vehicles in 2018.

If you are a bicyclist that has been hurt due to motorist negligence, then you may have grounds to seek rightful compensation for your injuries. At Goldstein Hayes & Lina, LLC, our dedicated Atlanta bicycle accident attorneys have over 75 years of combined legal experience fighting for compensation for injury victims. Over that time, we have recovered millions of dollars on their behalf and allowed them to move on with the relief and dignity they deserve.

If you have been injured in a cycling accident in Atlanta, GA, our attorneys are here to help. Call (888) 425-6070 for a free initial consultation.

According to Georgia law, motorists must adhere to the following rules when driving around cyclists. If you were injured because a driver was breaking one of these laws, you may have grounds for a personal injury claim against them.

What to Do After a Bicycle Accident

It is always recommended to call the police following an accident. A car on bicycle accident is no different. It is important to wait for police so that they can file a police report.

In some cases, while writing up the accident report, police only attempt to take a statement from the automobile driver. Try to have them get your statement, as well. If they do not, you can have the police report amended later on.

Get contact information from the driver as well as:

It is also important to get contact information from witnesses in case it is not included in the police report. If you are too injured to gather this information on your own, ask someone to help you obtain it.

It is important to seek medical attention for injuries to take care of your health. Injuries that seem minor at first can turn out to be serious. Additionally, showing that you sought medical attention can help your case in court as it shows that you were injured.

Preserve Materials from the Accident as Evidence

Everything that was damaged during the crash can be evidence, so keep it in damaged condition. Do not attempt to have your bicycle fixed. Keep your clothes unwashed. Do not send damaged equipment to anyone besides your attorney. Take pictures of damaged equipment.

Our bike accident attorneys can help you decide the best course of action and provide the representation you need in a lawsuit. It is important to contact an attorney before speaking with the insurance companies, so please contact us today for your free consultation.

Especially in urban areas, like Atlanta, motorists are not always careful to check for bicyclists on the road and those riding bikes are easily overlooked or ignored. When this happens, these bicyclists are put at serious risk for injury.

Common causes of bike accidents that involve driver negligence include:

Where Do Most Bicycle Accidents Occur? 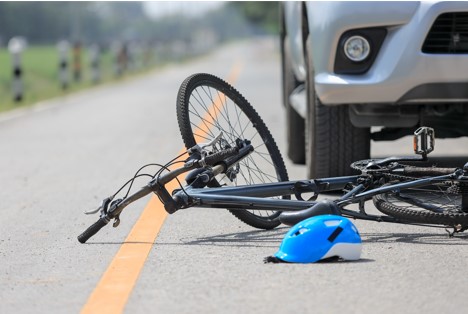 The same study by the IIHS showed that 79% of bicycle fatalities occurred in urban areas in 2018. Another study put out by the National Highway Traffic Safety Administration (NHTSA) showed that accidents occurred most commonly between the hours of 6pm and 9pm.

Accidents are more likely to occur in urban areas due to several reasons:

What are Some of the Most Common Bicycle Injuries?

Some of the most common injuries sustained in cycling accidents include:

Don't Wait to Get Help Today!

When any of these happen, driver negligence has occurred and the motorist bears responsibility for injury to the bicyclist. It is possible, however, to hold the liable parties responsible for these injuries and ensure that your pain and suffering is recognized by the law. The experienced team at Goldstein Hayes & Lina, LLC is prepared to help you assess your case and, if necessary, start aggressively pursuing the restitution. Contact our bicycle accident attorneys in Atlanta today!

Let our experienced and knowledgeable attorneys make the difference in your case.